When Baton Rouge was devastated by flooding in 2016, it was immigrants who came to the rescue. “There was no way that Baton Rouge and the surrounding areas could rebuild without immigrant labor, whether documented or undocumented,” says Paul “Woody” Scott, a Honduran-American immigration lawyer who has worked in the city since 2008. “The same way the rebuilding of New Orleans and the Gulf Coast after Hurricane Katrina couldn’t have happened without immigrants.” 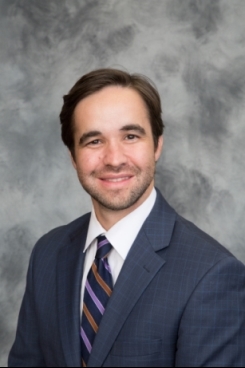 Baton Rouge is located in Louisiana’s Sixth Congressional District, where immigrants make up only 4.1 percent of the population. Yet this immigrant population, which is nearly twice as likely as the U.S.-born population to have less than a high school education and almost 40 percent more likely to be of working age, accounts for a significant percentage of low-skill jobs in several industries in need of workers. When including all the jobs in an industry, immigrants in the district make up 11 percent of the workforce in construction and 9.5 percent in general services, areas critical to the rebuilding of infrastructure.

Even after recovery, the local economy depends on foreign-born workers, Scott says. And companies suffer when the federal government does not provide them a way to legally hire the workers they need to thrive and grow. Recently a stoneworker asked Scott how he could extend the visas of his temporary workers, who had special skills and were extremely difficult to replace. “I had to tell him there is nothing we could do, because his case doesn’t fit into one of the limited slots that visas are currently available for. He was trying to do it the right way, but there’s no way for him to do it.”

We have to Make Immigration Viable Again.

The state’s crawfish industry, which generates $100 million annually, is also suffering, says Scott. “Everybody loves their crawfish in Louisiana,” he says. “We have a lot of crawfish farms here, and those farmers will tell you that no United States citizens are going to take those jobs because it’s hard work. They need those seasonal workers who are here on H-2A visas.” The crawfish processors also rely on foreign-born labor. But the government limits the number of non-agricultural guest-worker visas to 66,000 a year, and competition is fierce among employers from a wide range of industries, including tourism and landscaping. In 2015, the state estimated that without its foreign crawfish peelers, the industry would lose $30 million, almost 30 percent of its annual revenue.

Yet many of these businesses also have trouble finding the legal workforce they need, simply due to a lack of available options under current immigration policy. “If you made it easier for employers to hire these people, and for them to come here, they’d do it legally,” Scott says. “But right now it’s very costly and takes a long time and the visas don’t quite fit with the current realities of what employers need.” As for the undocumented immigrants who are already here: “Barack Obama’s policy was, we don’t have the resources to deport everyone, so let’s prioritize who should be deported based on what type of criminal record a person has,” explains Scott. “That provided some stability for those immigrants and their families who have been here a long time and aren’t breaking the rules, because they know they aren’t the priority.”

However, the current rhetoric surrounding the issue “is creating a somewhat chaotic situation,” he says. “Families are coming to me and asking, ‘What’s going to happen?’ ” he says. “If a family has been living here for 10 years and following the laws, the children shouldn’t have to worry that if dad goes to work he might not get to come home.” To tackle the problem, Scott has come up with a slogan: “To take a tip from Trump,” he says. “We have to Make Immigration Viable Again.”