To Father Phil Egitto, the Bible is crystal clear about immigration. “The message of the Gospel is entirely about loving the God we cannot see by loving the neighbor we can,” he says. “That includes the immigrant, and the refugee, and the foreigner, as our scriptures remind us that we were once foreigners in a foreign land. We must never forget that.” 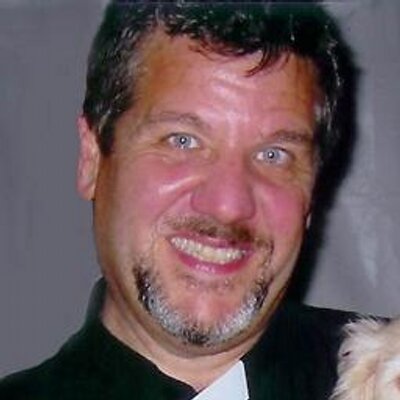 Immigrants are a key part of the community at Our Lady of Lourdes. “We have a young man from Iraq whom they keep wanting to deport,” Egitto says. “We are fighting to keep him here, because as a Chaldean Christian he would probably be killed if he were sent back. He now has a kind of asylum within our community. We welcome immigrants and appreciate the gifts and talents that both the documented and undocumented bring to our community.” In terms of taxes alone, immigrants, who comprise less than 8 percent of Egitto’s congressional district, along Florida’s northcentral Atlantic Coast, paid $354 million in taxes in 2014.

After earning degrees from the University of Florida in the late 1970s, Egitto, a native of New York City, began to consider a life focused on faith and the possibility of working toward social justice and equity for all. In November 1988, he was formally ordained. In April of 1995, he was appointed pastor at Our Lady of Lourdes church in Daytona Beach.

“We are a community that welcomes people,” Egitto says of his church. “We emphasize there is no such thing as ‘us’ and ‘them.’ We are to not only love the immigrant, but even as Christians, we are called upon to love our enemy. That is very challenging, yet that is what makes us Christians. Anybody can love their family and friends — but loving the stranger is what separates the wheat from the chaff. It is what separates the Christians who are truly a Christian from the deluded Christians who think they are Christian just because they go to church.”

After the terrorist attacks of 9/11, immigration policy in the United States made it much more difficult for people to become citizens. It also became much more expensive.

To Egitto, action matters. In his spare time, he serves on the board of F.A.I.T.H (Fighting Against Injustice Toward Harmony) and is an active member of the Daytona Beach Black Clergy Alliance. He also helps organize local World AIDs Day and Martin Luther King Jr. celebrations. He’s currently advocating to create the county’s first homeless shelter. He opposes the death penalty and organizes prayer vigils during scheduled executions, and his church participates in the global Cities for Life – Cities Against the Death Penalty.

When it comes to immigration reform, Egitto believes in structural change. “After the terrorist attacks of 9/11, immigration policy in the United States made it much more difficult for people to become citizens. It also became much more expensive,” he explains, noting the changes directly affected some of his congregants. “But every Christian is called to welcome the stranger. It’s kind of like our flag, it is what we believe. But right now, it keeps getting more and more difficult to wave that flag.”

That’s because, in part, many people don’t understand how the immigration system works, Egitto says. They don’t understand why immigrants don’t simply come to the country legally in the first place, when in reality no legal path exists for many. “If people want to make a better life for themselves or to escape poverty, prosecution, oppression, or exploitation, I want to allow those people the same opportunity and privilege that my Italian ancestors had,” Egitto says. “Some say diversity is a weakness, but I see it as a strength of our country. I believe a homogenous society is not as rich or as representative of God’s kingdom as we are called to be. It is critical for people to remember that unless you are Native American, you are in a foreign land. We are all immigrants.”