This year C.P. Yeatman & Sons, Inc., a Pennsylvania farm that sells under the brand Mother Earth Organic Mushrooms, faced a problem it hadn’t encountered in more than 35 years: It didn’t have enough people to pick the mushroom crop.

“A lot of harvesters will go back to Mexico for a few months to see family. Our problem is that many aren’t returning,” says Meghan Klotzbach, the company’s regulatory manager and a fifth-generation farmer. 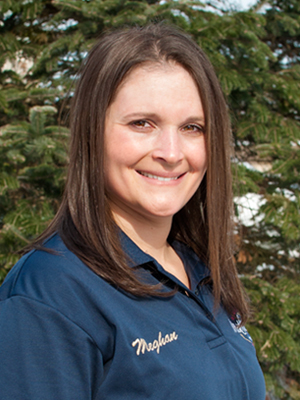 She thinks the current political climate, along with a a handful of Immigration and Customs Enforcement raids in southeast Pennsylvania, have made many foreign harvesters afraid to return to work. Without a full crew, her farm had to sell some of its mushroom crops as fertilizer instead of food.

Klotzbach explains that mushrooms double in size overnight. If they get too big, their caps open and break, and they have no value in the fresh-food marketplace. “It’s not what the consumer wants,” she says. The farm sells its mushrooms to retailers that include Whole Foods, MOM’s Organic Market, Kimberton Whole Foods and Harvest Market.

Sending the broken mushrooms to the cannery wasn’t an option — shipping and canning costs were prohibitive — so the farm had no choice but to return the mushrooms to the land. “They still serve a purpose, but it doesn’t make us any money,” she says.

In ideal circumstances, C.P. Yeatman operates with 120 harvesters, though Klotzbach says it can operate with 100. In recent months, however, she’s only had about 80. Production dropped 12 percent in one division this spring, with only 28 harvesters instead of of 45. “We haven’t had to short customers so far, but we fear for the future because we are still losing people,” Klotzbach says. “Looking forward, we can only see this getting worse.”

We have to protect ourselves and eat our own food. It’s a national security issue.

Agricultural labor shortages like this are hitting farmers across the nation. In recent years, the number of new immigrants coming to the United States to work in agriculture has decreased by 75 percent. The resulting drop in productivity has been stark. From 2002 to 2014, the number of full-time crop and field workers dropped by more than 20 percent, causing significant labor shortages on U.S farms and costing American farmers an estimated $3.1 billion in sales every year. Klotzbach says that U.S. immigration policy needs to focus on the country’s food security, noting that without adequate labor the country will have to import its food. It’s dangerous, she says, for the United States to depend on other nations to feed its citizens. “We have to protect ourselves and eat our own food. It’s a national security issue,” she says.

That starts by recognizing the key role that immigrant labor plays in our food supply and by providing a means for those laborers to work in the country legally. “They are adding value to the country, and they should be given some sort of way to be here — if not citizenship then a temporary visa to work here,” she says. Research shows that undocumented immigrants account for 50 percent of all field and crop workers and 36.1 percent of all agricultural workers, of all types, making them essential to the success and continued viability of America’s farms.

As a mushroom grower, Klotzbach would also like to see Congress reform the H-2A visa program, which allows farmers to bring in non-immigrant seasonal labor but doesn’t serve the year-round needs of mushroom and dairy farms. She points out that mushroom harvesting is skilled labor. For example, workers need to know precisely when to pick a mushroom: Too soon and it loses half its value; too late and it breaks and becomes essentially worthless. It takes about nine months for a harvester to learn the job and reach his peak of productivity.

Klotzbach says the notion that immigrants are taking these jobs from U.S.-born citizens doesn’t square with reality. After local press reports about her farm’s labor shortage, she was able to hire two U.S.-born workers who said they wanted the job. Both quit in the first week. “People can say, ‘I want to do it. I’m going to do it.’ Well prove it. We need you. Mushroom farmers need you. All of agriculture needs you,” she says.

To that end, Klotzbach would like to see American schools stress the importance of agriculture, so more young people will consider farming as a career. “Farmers were always respected for their hard work and contributions, and I don’t think we have that any more,” she says. “We need to change the conversation about agriculture. It should be respected. The next generations should want to be in farming, not move to the city for a glorified job. Farming should be a glorified job; it should make you feel proud that you are able to grow food.”