Little Flower Church, a 350-member Roman Catholic congregation located in Monroe, Louisiana, cares deeply about its neighbors. Its annual budget of around $270,000 runs the church’s food bank, and its preschool and daycare center receives an additional $430,000 each year from the city’s department of education. This is why, following President Trump’s January 2017 ban on travelers from seven Muslim-majority countries, pastor Fr. Adrian Fisher, a Franciscan priest, and his church decided to speak out. Over 50 congregation members visited the nearby Islamic Center of Northeast Louisiana to publicly show their support for the local Muslim community. “Being an African-American community, we’re aware of what prejudice is all about,” says Fisher. “We wanted to let them know that we care about them and are glad they’re here despite what the messages coming from our government might lead them to believe.”

That’s how we were started and what we have always been about: Welcoming people to reach for their dreams in a free society.

Fisher says the experience was eye-opening. On the surface, it might not appear that Franciscan Catholics and Muslims have much in common. But after the congregations spent time together, commonalities started to emerge. “People began to realize that they knew each other from work,” recalls Fisher, “or that they knew each other because the Muslim member was their doctor, things like that.” 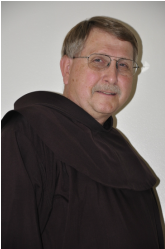 In addition to the doctors and other medical professionals that Fisher says he met at the Islamic Center, immigrants in his congressional district, in northeast Louisiana, also make up a significant  portion of the construction, wholesale trade, and tourism industries. “We need qualified people to do these sorts of jobs,” he says, “so I’m glad that they’re here to help us.” Immigrant households in the area also hold more than $220 million in annual spending power, which helps boost the local economy every time they pay rent or a mortgage, buy groceries, or go out to eat. “We need to continue to bring immigrants into the United States in any way that we can,” says Fisher. “They add a lot to our society.”

Fisher advocates vetting any foreigner who wants to come to the United States. But singling out specific countries is unfair, especially, he adds, since some of the immigrants and refugees who come to America are fleeing violence in their home countries. “I heard about a mother who fought to get her family out of Ecuador because she knew her boys would be pulled into gangs and violence once they turned 12 or 13, and she was desperate to get them away from that,” says Fisher. “In those circumstances, people need to have a place to go.”

The existence of Dreamers, undocumented immigrants who were brought to the United States as young children, also remind Fisher why he would like to see the current immigration system reformed. “A lot of those people have skills and abilities that are needed in this country,” he says. “They grew up here and they should be allowed to stay here and contribute to our country.” If we fail to welcome immigrants, Fisher adds, we’re going against everything America was founded upon. “We are a nation of immigrants,” he says. “That’s how we were started and what we have always been about: Welcoming people to reach for their dreams in a free society. So we need to continue to be that rather than shut people out.”