Andrey Dolbinin came to the United States from Russia as a college student in 1997. Now he is helping new arrivals adapt, while still maintaining ties to their culture. In 2003, he founded a private bilingual school called Slavic Christian Academy. “I saw the youngest students getting discouraged when they went to school because their lack of English skills meant they were falling behind in certain subjects,” says Dolbinin. At his academy, elementary school students have an intensive bilingual education before switching primarily to English in the fourth grade. “We’ve found it helps them keep a good connection with their grandparents and customs and tradition,” Dolbinin says. 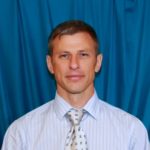 It also helps the regional and national economies. Studies show that a lack of English skills is the largest contributor to underemployment and a major contributor to unemployment in the immigrant population. Combined, these factors rob the U.S. economy of tens of billions of dollars in spending power and deprive federal and state governments of billions of dollars in annual tax revenue.

We’re trying to change people’s hearts and brains so they can encourage their children to go to college, so they will earn more money later.

Dolbinin’s Slavic Christian Academy, with campuses in Vancouver, Washington, and Portland, Oregon, enrolls about 250 students from preschool through eighth grade. The schools serve the large Pacific Northwest Russian-speaking communities, made up of immigrants from the former Soviet republics of Russia, Ukraine, and Moldova. Many started coming to the area in the 1980s to flee religious persecution in their home country.

Now about 14,000 Russian-speaking immigrants live in Vancouver and surrounding Clark County. And no other state is as dominated by Russian speakers as Oregon, reported the Oregonian. Because this particular immigrant cluster remains more isolated than many others, Dolbinin is doing all he can to help them reach their potential in America. “It’s exciting when you think about the potential of this next generation,” he says.

“The first wave of Russian immigrants didn’t have a lot of formal education and ended up working as janitors or in construction or on farms,” he says. “They were scared to go to college here because they didn’t have language skills.” Thanks to programs like his, that has changed for many immigrants. A 2013 report by the Pew Research Center found that the children of immigrants attain household incomes and home-ownership rates that are, on average, on a par with the U.S. population as a whole. They are also more likely to graduate from college. Dolbinin’s son, for example, is a freshman studying economics at Washington State University. His daughter just graduated from Washington State University with a degree in political affairs and is applying to law school.

As immigrants earn a higher income, they spend more at U.S. businesses, the pay more in taxes, and they are more likely to invest in a home, which benefits all Americans. By purchasing houses in recent decades, for example, the country’s 40 million immigrants increased U.S. housing wealth by a full $3.7 trillion.

“We’re trying to change people’s hearts and brains so they can encourage their children to go to college, so they will earn more money later,” says Dolbinin. “We’re trying to explain to them that’s how our society will get stronger.”